The purpose of this study is to determine the performance of the Air Sniper air cleaner in removing airborne Staphylococcus epidermidis from a 28.5 m3 environmental testing chamber.

3. Abbreviations used in this report 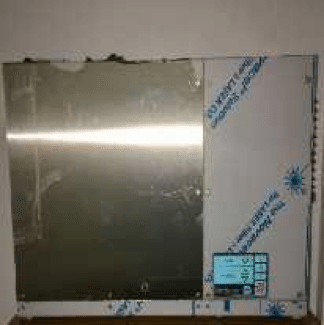 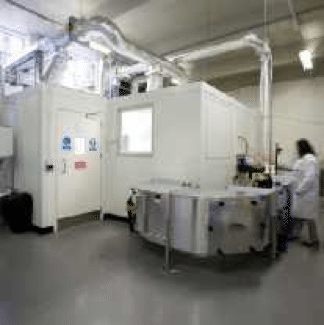 Staphylococcus epidermidis is a gram-positive bacterium, which is part of our natural flora. S. epidermidis is an opportunistic pathogen and is one of the leading causes of nosocomial infections.

The environmental chamber was preconditioned to a temperature of 21 °C and a relative humidity of 50 %. The chamber was then shut down to allow for no air changes to occur during testing. S. epidermidis was nebulised into the chamber and allowed to mix over a 20-minute period.

Airborne samples were taken immediately after nebulisation to determine the initial concentration. For the test runs, the air cleaner was operated at the highest fan speed for a 65-minute period at T = 0, with airborne sampling occurring at T = 15 – 20, T = 30 – 35, T= 45 – 55, T = 60 – 65. For the control runs the same sampling time points were used except in the absence of the Air Sniper Pro. At the end of each run, the samples were incubated at 36.5 °C for 48 hours. The environmental chamber was vented with HEPA filtered air and sterilised with a UV-C lamp, and washed with a disinfectant before the next run.

After 48 hours, the samples were removed from the incubator and analysed to determine number of CFU/m3.

The test and control runs were performed in triplicate.

Figure 7.1 Graphical representation of the results from Table 7.1 of the total number of S. epidermidis CFUs measured in the environmental chamber during the test and control runs. y axis is a logarithmic scale
Table 7.1 and figure 7.1 represent the average number of S. epidermidis CFUs per cubic meter of air during the triplicate test and control runs. During the last sampling point (T = 60 – 65) of the control runs, the average concentration of S. epidermidis was 3614 cfu/m3 compared to an average concentration of 3 cfu/m3 in the test runs. This results in an average reduction of 99.9 % when the air cleaner is operating.

The results presented in this report demonstrate that the Air Sniper Pro operating at the highest fan speed can remove 99.9 % of Staphylococcus Epidermidis from an environmental testing chamber within 60 – 65 minutes.